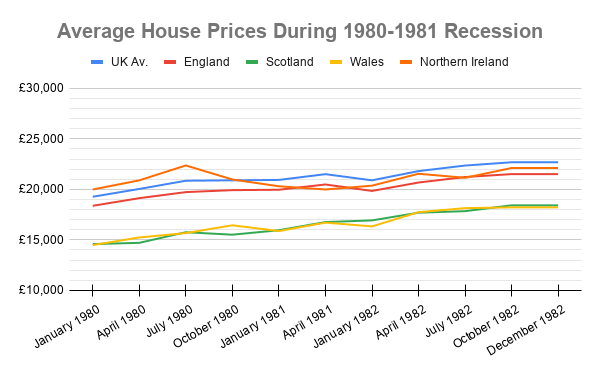 British Prime Minister Margaret Thatcher entered Number 10 Downing Street in 1979 when Britain was experiencing high rates of annual inflation. During what became a pivotal decade in British politics, her policies were instrumental in turning Britain from a manufacturing economy to a services led economy.

However it wasn’t smooth sailing as in 1980 the economy contracted by 2% as Thatcher’s government imposed spending cuts. By 1981 Britain was seeing riots on its streets, the most noticeable being the racial riots in London and Liverpool.

During this economically and politically unsettled time however, the UK did witness house price growth. Average house prices were £19,273 in January of 1980 but reached £21,425 by December of 1981, marking an 11% increase. 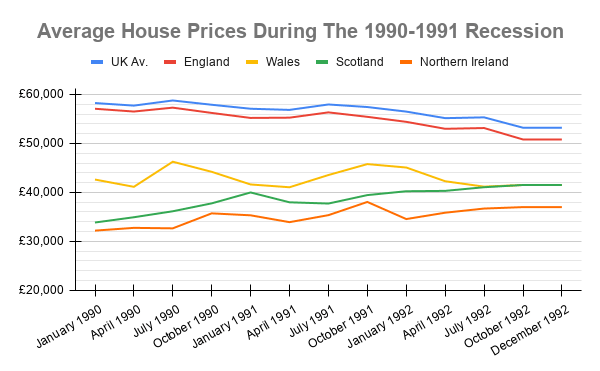 Starting roughly 10 years after the last recession had begun, the UK economy was yet again in trouble. After 10 years of Thatcher’s policies, [she stepped down in November 1990] Britain was faced with high unemployment and housing repossessions hit record levels as prior to this Lawsons policies of low interest rates were instrumental in creating a property boom. During 1990-91 Britain endured 5 quarters of economic contraction from Q3 1990 to the end of Q3 in 1991.

Despite this, the period shown in the graph depicts house prices rising in both Northern Ireland and Scotland. House prices in Wales over that same period remained fairly flat but prices in England fell considerably from £57,083 to just under £50,814 a decrease of 10.9%. 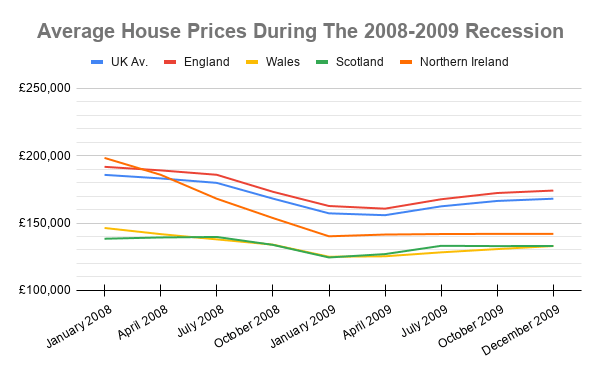 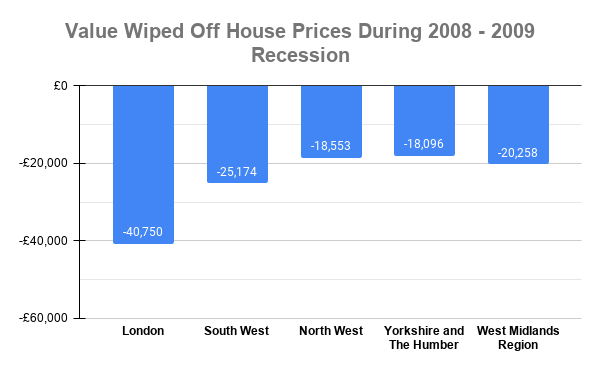 This was the deepest recession the UK had seen since the end of WWII. Believed to be sparked by the subprime mortgage crisis it saw British banks like Lloyds and RBS receiving Government bailouts. 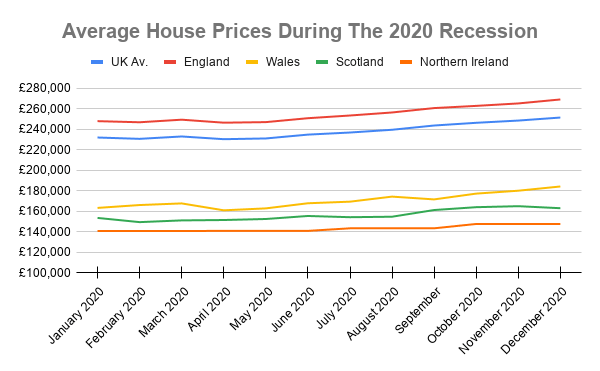 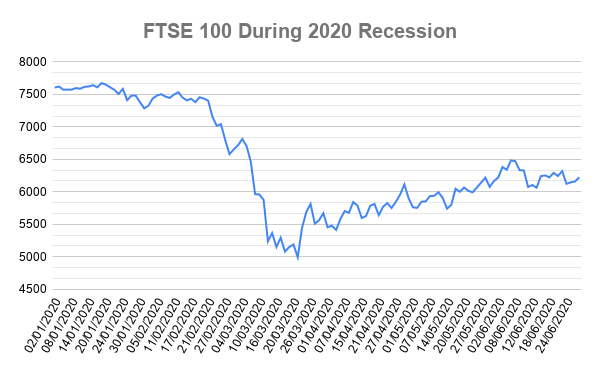 Lockdowns and social distancing saw many UK businesses grind to a halt. According to official statistics the UK will avoid a double dip recession however the effects of COVID-19 on the economy are likely to be profound and could be long lasting.

The effect on house prices though surprised some economists, as house prices increased by +8.5%. Average UK prices in December 2020 stood at £251,500 up from £231,997 in January of the same year. The property market was remarkably buoyant during the second half of 2020, with detached houses reporting the highest annual growth of any property type at 10%, between December 2019 to December 2020.