Inequality and housing injustice in the arts 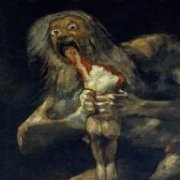 By Wayward,
February 5 in House prices and the economy