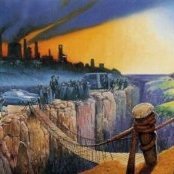 We Have To Learn To Live With Debt - Hamish Mcrae, Evening Standard

By disenfranchised, February 10, 2015 in House prices and the economy